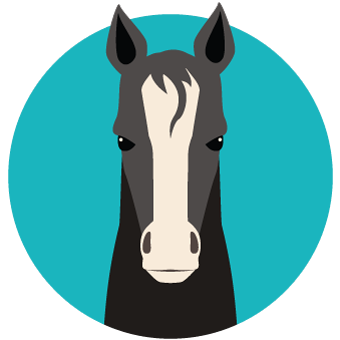 Many Australians enjoy home renovation as a hobby. For me, it has become an obsession. Before retirement, I used to work for a large hardware chain. I was always jealous when people came in to buy new bench tops, bathroom fittings or tiles for their latest project. Now that I've got time on my hands, I can enjoy the thrill of going to my local hardware and browsing the latest products. So far, I've renovated the kitchen and both bathrooms. Next, I'm planning to turn one of the bedrooms into a home office. Due to my fixation with careful planning, I constantly find new tips and tricks when researching trends in renovation and repair. I figure that others might be able to benefit from the information I find along the way, therefore, I've started this blog. I sincerely hope that you find something newsworthy and relevant to your needs.

Looking at a length of formidable, industrial-strength steel piping, it's hard to imagine how such a thing could ever be bent. However, when it comes to redirecting a pipe in a large industrial or commercial complex, ordinary pipe elbows aren't always fit for purpose, and can form a potentially disastrous weak point when used in high-pressure industrial processes. To increase the strength and overall safety of a complex piping system, consider having pipes bent using induction bending to replace standard pipe elbows.

What is induction bending?

For some industrial processes, pipes which are bent with so-called 'cold-bending' are fit for purposes. These pipes are bent with sheer force and pressure, using enormously powerful machines that ensure the pipe retains as much strength and durability as possible during the bending process.

However, this process does avoidably weaken the pipe once it has been bent to the desired angle, so many industries and businesses turn to induction bending for a higher quality product. Induction bending utilises special inductors which carry powerful electrical charges; these inductors are applied to the pipe during the bending process, causing the pipe metal to become more malleable and minimising the amount of strength it loses during the bending process.

What are the advantages of induction bent pipes over pipe elbows?

Replacing pipe elbows with induction bent pipes at key junctions in a piping system can have numerous advantages:

Minimal welds: One of the chief advantages of choosing induction bent pipes is that they do not have any welds; conventional elbow pipes are welded together in several places, and these welds constitute a notorious weak spot in many piping systems. This makes induction bent pipes particularly suitable for pipes expected to deal with high temperatures and/or internal pressures, which can both destroy a weld with even minor structural defects.

Decreased internal friction: Induction bent pipes are also desirable for high-pressure systems because they have wider radii than the sharp bends of the elbows they replace. This minimises intenral friction caused by substances passing through the pipes at high pressures and speeds, lowering running heat and reducing wear and tear.

Uniform wall thickness: Induction bent pipes also have additional strength by virtue of their pipe walls retaining a constant thickness. Pipe elbows tend to have thinner wells at the extreme ends of their bends, another potential weak spot.

Material consistency: Having existing piping induction bent rather than purchasing pre-fabricated pipe elbows also ensures that your piping system is made of the exact same base materials throughout. This is particularly important for many piping systems which carry reactive chemicals, as they can react to the unknown metals contained in many mass-produced pipe elbows.

Cost efficient: Induction bending is a faster process than welding pipes together to construct elbows, and can be done on an industrial scale with minimal manpower and oversight required. This makes ordering large orders of bent piping far cheaper and easier than ordering large numbers of elbows to be fabricated.